The case for nationalizing the internet 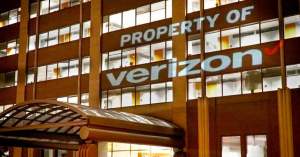 Activists project “Property of Verizon” on the face of the FCC building in Washington, D.C.

On Thursday, the Federal Communications Commission will vote on whether or not it wants to repeal net neutrality, an Obama-era regulation that requires internet service providers to treat all content on the internet indiscriminately. FCC Chairman Ajit Pai, a former lawyer for Verizon who joked about being the company’s puppet, argues that repeal of net neutrality is in better keeping with free market principles. Almost everyone else says repealing net neutrality is nothing more than a corporate power grab. END_OF_DOCUMENT_TOKEN_TO_BE_REPLACED

Whenever this many rich people celebrate together, be wary.

America is sometimes characterized in its most exultant propaganda as the shining city upon a hill, history’s greatest experiment in self-governance. In the wee hours of December 2, though, it failed to live up to that marvelous hype. What happened in the United States Senate that day was a travesty that can accurately be described as democracy in reverse. An unpopular group of lawmakers passed an extremely unpopular bill, which will eventually be signed into law by an extremely unpopular president for the benefit of a small number of citizens. END_OF_DOCUMENT_TOKEN_TO_BE_REPLACED