A child receives a vaccine.

In his “Jammin’ in New York” special, George Carlin holds up a glass of water and asks the audience if it’s safe to drink. An immediate, unanimous chorus of negative responses warns him that it’s not. Carlin takes a drink anyway and lets the crowd know he was only setting them up: “Everywhere I go I say, ‘How’s the water?’ Haven’t gotten a positive answer yet. …It amuses me that no one can really trust the water anymore. And the thing I like about it the most is it means the system is beginning to collapse.”

Not unlike the fear of local water, opposition to vaccines is a manifestation of the public’s growing distrust of institutions. It’s reached such heights that vaccine skeptics have been given their own derogatory nickname: anti-vaxxers.

There are good reasons to worry about the vaccine skepticism movement. Already we are seeing public health consequences, with measles at the center of the controversy. It recently reached a 20-year high in the U.S. even though an effective vaccine has been around for decades and, in countries where it’s used, has virtually wiped the disease out – including here. Those who don’t immunize pose a greater danger to children and people with compromised immune systems. And in the wake of a measles outbreak that originated from unvaccinated people colliding at Disneyland, anti-vaxxers are climbing their way to the top of America’s public enemy list.

But not everyone is so swift to demonize anti-vaxxers. Their cause is bolstered by a motley crew of high-profile sympathizers, including Jenny McCarthy, Glenn Beck, Bill Maher and politicians like New Jersey Governor Chris Christie and Kentucky Senator Rand Paul. Support for anti-vaxxers ranges from beliefs that the government should not tell people what kinds of shots to get to more paranoid fears about vaccines being dangerous. 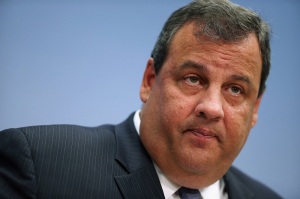 A few months ago, New Jersey Governor Chris Christie was lampooned in the media for quarantining an Ebola patient. Now, Christie is under fire for his remarks that vaccination of children should be the decision of parents. Too draconian on one hand, too lax on the other.

The widely circulated and even more widely debunked idea that vaccines can lead to autism has its origins in a paper by Dr. Andrew Wakefield, published in the British medical journal The Lancet. Since its publication, Wakefield has been stripped of his license, the journal retracted the paper, and important studies have contradicted Wakefield’s alleged findings. Despite this, the belief that vaccines are related to autism persists. The American public has a nasty habit of being unpersuaded by facts, especially on scientific matters, and none of this would be much consolation for a conspiracy theorist, anyway.

To live in a world where the vast majority of medical professionals and the CDC are willfully forcing us to be injected with harmful vaccines is to live in a world so devoid of order that it just could not function. But labeling any opposing viewpoint as a conspiracy theory is a too-convenient way to be rid of unwanted opinions. The truth is, anti-vaxxers are not necessarily the most unreasonable people in the world. Their plight is real; it’s very difficult to know who to trust. The medical-industrial complex is a mammoth operation with tremendous influence over American life, and the public has every right – at this point, it’s more of a duty – to cast a cynical, skeptical eye its way.

For one thing, doctors basically take pharmaceutical companies at their word that the products they’re selling are effective. Every doctor in the country can’t run clinical trials on every drug. Instead, they are wooed into prescribing drugs by Big Pharma literature and multi-billion dollar advertising campaigns, and the big companies already enjoy close ties to the government agencies supposedly responsible for regulating them. Just this week, the rumored candidate for the top position at the FDA, Duke University’s Dr. Robert Califf, was revealed to receive his salary from pharmaceutical giants Merck, Bristol-Myers Squibb, Eli Lilly and Novartis. Conspiracies involving the entire medical profession are too big to be believed, but you don’t need anything that grand to sell a population junk medicine – all it takes is a few lobbyists and some easily bought-off bureaucrats. It’s no surprise, then, that unsafe drugs infiltrate the market regularly.

Not only are the drugs of a dubious nature, they are woefully over-prescribed. Seven out of ten Americans take at least one prescription drug. Many take several. Drug pushers on the street aren’t known for turning away clients and apparently the ones in doctors’ offices aren’t either – any symptom you suffer from, no matter how innocuous, can be medicated if you ask the right doctor. Just look at what happened to Michael Jackson. And the overmedication of children for “diseases” like ADHD can be considered nothing less than a national scandal.

A National Institute of Health-funded study looked at the most common types of emergency room visits and calculated their average costs. The numbers can be shockingly high.

Doctors make an astonishing amount of money; it’s no secret that it’s one of the best-paid professions. It’s also no secret where that money comes from. Not only do doctors dope up the whole country, prescription drugs cost more here than just about anywhere else, as do operations and emergency room visits. For millions of Americans, even simple treatments can eat up an entire life’s savings, and that’s only for those lucky enough to receive care at all. Our doctors and pharmaceutical manufacturers are becoming fabulously wealthy and the American people are not getting anything close to what they’re paying for. It’s a credit to the propaganda machine of big business that Americans oppose using meager taxes to pay for healthcare, choosing instead to risk going broke over a sprained ankle or a headache.

Perhaps the biggest indictment of all is that hospital mistakes are now believed to be the third-leading cause of death in the U.S. A 2013 study by the Journal of Patient Safety estimated that as many as 440,000 “preventable adverse events per year contribute to the death of hospitalized patients.” This is out of 34 million hospitalizations, but that’s still about a 1 in 100 chance of becoming a statistic – pretty terrible odds by the standards of most professions.

Our healthcare system is barbaric: it pillages our bank accounts, delivers only mediocre results, and many of us don’t have any access to it at all. Far from being the “greatest in the world,” as is sometimes claimed, we rank well behind most of the rest of the Western world in just about every important metric.

It’s not hard to see where the anti-vaxxers’ distrust comes from. Many have compared the movement’s unwillingness to accept the conclusions of mainstream medicine to the stubbornness of climate change deniers, and there’s a point to be made there. Americans are dramatically out-of-step with scientists on all kinds of issues, many of them far more important than vaccines. Just because the evidence overwhelmingly exonerates vaccines as safe doesn’t mean the public is going to buy it.

There’s an onus on Americans to be educated and do the right thing for their children and neighbors, and that means getting vaccinated. But there’s also an onus on healthcare professionals to fix the corrupt, opportunistic system they’ve created and earn back the people’s trust. We should all do our best to minimize the threat we pose to our community – and that applies to the healthcare industry at least as much as it does the anti-vaxxers.

One thought on “Justified distrust of doctors fuels vaccine skepticism”