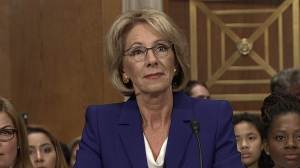 President Trump’s most prominent TV surrogate, Kellyanne Conway, went on FOX News last week to complain about the treatment of her boss’s corporate cabinet picks at the hands of Democratic senators who grilled them on conflicts of interest, ethical beliefs, qualifications, and philosophy on the role of their departments. As with any important job, the nominees were asked difficult questions. Or, as Conway put it, the senators were “humiliating and trying to embarrass qualified men and women who just wish to serve this nation.”

Many of the videos have gone viral on social media. Questions from Senators Bernie Sanders, Elizabeth Warren, Al Franken and others caused Trump’s appointees to stumble. Betsy DeVos, the multibillionaire private school advocate who Trump tapped to lead the Department of Education, had several embarrassing moments. But these were hardly the fault of the senators, nor should the senators be ashamed of leading any candidate into them. Bad answers to valid questions on issues Americans care about caused the embarrassment.

Sanders began by addressing DeVos’s wealth and her family’s history of donations to the GOP. Since DeVos never attended public school, sent a child to public school, or worked in a public school system, Sanders wondered whether those donations – some $200 million worth – had anything to do with her appointment. As DeVos herself once wrote, “I have decided to stop taking offense at the suggestion that we are buying influence. Now I simply concede the point… We expect a return on our investment.”

Department of Treasury appointee Steve Mnuchin, a particularly odious pick, was questioned over the aggressive foreclosure practices of his former company, OneWest. Ben Carson, Trump’s almost comically inexperienced Housing and Urban Development nominee, refused to say whether he would issue contracts that would financially benefit the Trump Organization. Alabama Senator Jeff Sessions, who wants to be Attorney General, left his colleagues in stunned silence when he said he wasn’t sure whether nonreligious people could understand truth. 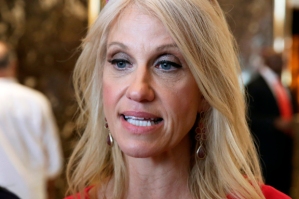 Trump surrogate Kellyanne Conway was triggered by the questioning and went to the safe space of FOX News to complain about it.

Apart from being a depressing parade of oligarchs and bigots, the hearings were a showcase for Trump’s lack of transparency. Many of his cabinet picks haven’t completed their ethics paperwork or background checks. With so many of the appointees having multimillion-dollar deals in their corporate life, financial disclosures have also been requested – and balked at by Republican senators. Additionally, a limited amount of time was allocated for questions – in most cases, just five minutes for each interrogator.

Like Trump, many of the appointments gave long-winded, rambling non-answers. Secretary of State nominee Rex Tillerson dodged uncomfortable questions about his business partner Vladimir Putin’s human rights record, saying, “You know, as I indicated I feel it’s important that in advising the president if confirmed, that I deal with facts, that I deal with sufficient information which means having access to all information.” Mnuchin simply stonewalled questions about his foreclosure practices, pleading ignorance about his own company.

When asked whether he thought healthcare was a right, Health and Human Services nominee Tom Price said, “Yes. We are a compassionate society.” Sanders interrupted Price to point out that the numbers don’t show compassion, but it’s worth noting what Price tried to get away with. The only reason he’d try that spin is if he knew Americans wanted the country to be compassionate. And they do – nearly 60 percent want universal healthcare, in stark contrast to the ruling party.

Sadly, the strict questioning and ethical dubiousness likely won’t prevent a single confirmation. Thanks to rule changes designed to circumvent obstructionism, Trump’s appointees can glide through their nomination process with a simple majority vote. Few, if any, Republicans will break ranks and stand up for public education, environmental protection, labor rights, the sick or the indigent. The GOP is uniform in its opposition to the greatest evil of all: taxes on the wealthy.

Conway’s protests and Republican disinterest in ethical conflicts illustrate the party’s desire to ram Trump’s cabinet through with as little vetting as possible. But Trump and his team are secretive and on the defensive for a reason: their opinions are out of sync with the majority of the American people. Polling on a broad range of issues, from healthcare to the border wall, as well as Trump’s historic popular vote loss and low approval rating, all attest to this.

Trump and Conway are special snowflakes who don’t like tough questions, but their appointees are about to occupy some of the most important and powerful positions in America. Kudos must be given to the senators who demonstrated how radically out-of-step Trump’s picks are with the majority. The only question now is whether the resistance, bolstered at the grassroots level, will be enough to prevent America’s total spiral into abject fascism.