I wish I could say something meaningful about the death of Robin Williams. But I never knew him, of course, and though I always respected and admired his unique expressive gift, I didn’t even have that close a relationship with his output – at least, I didn’t think I did. Yet when I heard, I immediately felt like I had to say something. As I processed those feelings, I came to realize: this is a pretty singular moment in art and society.

The public tends to overreact to the death of a celebrity. What’s followed in the wake of Robin’s death can certainly qualify as an overreaction in the typically gaudy media sense of endless clickbait capitalizing on the buzzworthiness of the story. But this is a grief we feel on our own, without the endless clip reels and lists, when we simply recall the sheer, uncompressed  joy Robin Williams put into our lives. There is ample reason for millions of people to feel someone they care about has been taken away: he has.

Prior to his premature death, Robin Williams wasn’t front-page news. He’s an industry titan, but far too humble to have ever been as overexposed as some of pop culture’s more divisive personalities. But he was so universally loved that his death sent instant reverberations through the entire nation. How could the funniest, most lovely-seeming man we know in entertainment truly be gone? And how could he have done such a horrible thing? It was nothing to take lightly.

Robin Williams meets the famous gorilla Koko, who is also said to have mourned his death.

It’ll be a miracle if there isn’t an ongoing media carnival for the next week or so. But we should resist the temptation to spend too much time in mourning. Williams’s death shook America from its bitter divides. It was a dark day, but it’s one of the first this nation has spent in reflection in a long time.

All those feelings that swarmed us when we first heard of his passing are good, if only because they’re real. It was a death so senseless that it demanded justice, but alas, no justice could be served. The world sometimes is cruel that way; suicide is little more preventable than a heart attack. But that righteous indignation, that demand for something better, something fairer, something where the world is less filled with heartache – that’s the kind of positive feeling Robin cultivated through his career, and by his passing has been brought to the fore. That tells you the high quality of the manner in which Robin shared his gift with the world, and it’s something for his family to be proud of.

There are far grimmer realities for the world to wake up to than that people we love sometimes die. But Robin’s death has brought out a maturity in America. It’s shown that we can still use our human side to process an event. If we could take that human side, which sees more of love, warmth, compassion and laughter, how radically our approach might change toward international conflict, the environment, homelessness and poverty, police brutality, sexual violence, drugs, trafficking, social programs, and so much more. 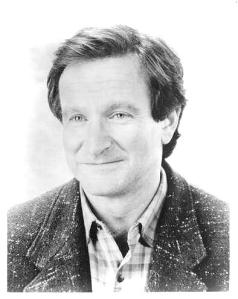 The fierce political lines along which we’ve divided ourselves sometimes feel impassable. And Robin was never shy about his humanitarian political allegiances, drawing him criticism even in death from some of the lowest of the low. But barring the most extreme exceptions, who are never going to come along for the ride anyway, Robin Williams united us all in a cultural moment. The profundity of that can’t be overstated.

In death, Williams made us all access that side of us he played to most strongly in life: our innate humanity and decency. Too often, we are distracted from this best side of ours by media coverage that treats the victims of cruelty and oppression as to blame for their circumstance. As the news turns in the coming days back to politics and war, we’d all do well to ensure that spirit of understanding and compassion lives on. For all who wish he was still here, there can be no better legacy.