There aren’t enough bad things to say about Texas Governor Rick Perry. One could go on and on about the character he plays alone – the hip, intellectual modern Texan. He wants to represent himself as the man responsible for the state’s enormous GDP and as a serious political thinker, but not only is he far from interesting as an intellect, he’s one of the most brazenly corrupt leaders in America’s already brazenly corrupt political system.

To take just one recent example, Perry pulled a publicity stunt in the state of California by driving a Tesla around in an attempt to woo the electric car manufacturer to open a battery-making factory in Texas. While the Tesla factory would bring 6,500 more jobs to Texas, Perry’s embarrassing kowtowing sure does seem to fly in the face of the whole, “government has no business in business” canard the right is so fond of.

Ordinarily, the media is quick to point out Perry’s buffoonery – his forgetfulness, his Stone Age anti-abortion stance, his Vlad-esque Death Row pride. Yet now that he’s been indicted on felony charges of abuse of official capacity and coercion of a public servant, the establishment media is swift in rallying to his side. 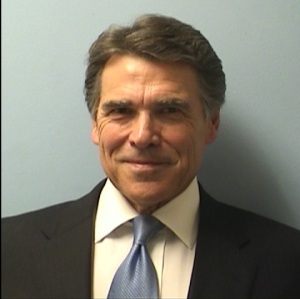 Governor Perry’s mugshot, a sweet sight for many.

CNN wrote an absolutely painful article summarizing the case, in which Perry vetoed funding for Texas’s Public Integrity Unit in an act of apparent retribution against Democrat Rosemary Lehmberg, who refused to resign from her leadership position in the unit following a DWI charge in April 2013. Just about every paragraph of the CNN article begins with a joke about the drunk-driving state official Perry abused his authority to intimidate, such as: “she couldn’t walk a straight line, but he crossed a political line.”

It’s all beautifully demonstrative of the establishment media’s defense of its own. The media doesn’t cover the political system; it’s the most important part of it. CNN, FOX News, Huffington Post, MSNBC, the New York Times – they’re all basically just the public relations arm of Washington, D.C. And the coverage of the Perry case is only one of the many easy cases that demonstrate this.

As any politician reflexively would, Perry dismissed the charges as petty politics and the media gladly agreed with him. The story isn’t even one of the top ones on Google if you search “Rick Perry” – corporate media is more interested in his failure to woo Tesla Motors. For some reason, it just isn’t even newsworthy to them that a prosecutor brought charges against the governor of the world’s 14th-largest economy. Is it even possible to imagine any other politician escaping close scrutiny in this day and age following such an incredible indictment? And yet Perry looks better now in the media than he ever has.

That’s because, politics aside, Perry is the establishment. He’s their guy. He’s very good at representing the interests of big business while simultaneously appealing to much of Middle America – all the makings of a political superstar. It’s why his reputation recovered after his humiliating 2012 presidential run. At the end of the day Washington, big business, and by extension the media, all like him. 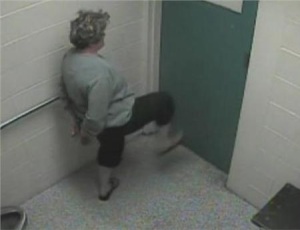 After being arrested for her DWI, Rosemary Lehmberg became extremely belligerent.

Of course, Rosemary Lehmberg is not totally blameless. The spectacle she made of herself during her DWI arrest is obviously unbecoming of the leader of a major state’s so-called Public Integrity Unit. But to shut the entire unit down in a vindictive crusade against her – and it is, perhaps, no coincidence that she is one of the few members of the opposing party left in Texas government – is a much more serious and concerning crime.

There’s no doubt Rick Perry deserved to be indicted. And, in looking at the charges, the definitions of the charges, and the actions Perry took, it seems pretty open-and-shut that he’s guilty. Probably, had he not publicly made the threat against Lehmberg and the PIU, it’d be much harder to prove coercion and abuse of power. But he did, and there’s no denying it now.

Actually, this might explain the media’s silence. For the most part, the political crimes the media chooses to sensationalize are minor. They may be corruption, as in the case of recently convicted former Virginia governor Bob McDonnell – par for the course in American politics – or the perennial favorite, a good sex scandal. Even America’s most famous modern scandal, Watergate, is quite minor in light of a myriad other official crimes that were going on at the very same time, including COINTELPRO. Nixon made the mistake of violating another sector of established power; if he’d done it to ordinary Americans, as the NSA does on a daily basis, he’d have walked away from the scandal unscathed.

But Perry’s abuse of power and coercion charges are something else. They paint the picture of a psychopath. It doesn’t do the establishment any favors to have the American people regarding their leaders as power-hungry despots. So the Perry story, compared to other political scandals, is dismissed and swept under the rug. It’s simply too inconvenient, and can’t be explained away other than by Perry’s megalomania.

By the time he’s found guilty, he will no longer be the governor. It’ll be a big story, but it won’t have nearly the impact it could if he wasn’t already almost done with his tenure. The media is plagued with a constant need to reaffirm the status quo: who cares if a governor is found guilty of coercion and abuse of power if he’s no longer governor? There’s a new guy now, and he’s not so bad; nothing to see here – or so the thinking will go.

The latest news on the story, just out today, is that Perry’s legal team is seeking to quash the indictment. Hopefully this does not succeed. If the case does make it to trial, it seems there’s a good chance Rick Perry will be found guilty. Regardless of a guilty verdict’s limited effect on politics as a whole, it will mean one less cruel, power-hungry, corporate-cozy plutocrat poisoning American democracy.