In America, white terrorists are the deadliest kind 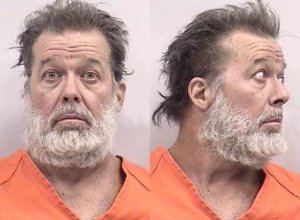 Around the globe, Muslims carrying out jihad are responsible for tens of thousands of deaths. Americans are occupied with what to do about the problem. Terrorism is a permanent fixture of the media cycle and our politics, but the deadliest terror threat to Americans is neither foreign nor Muslim: It’s the terror from a homegrown insurgency of angry white men.

It’s difficult to see these atrocities as unconnected to the venomous rhetoric of mainstream conservative media and politicians. Bill O’Reilly has compared Black Lives Matter – a movement whose entire motivation is ending state violence – to, of all things, the KKK. And for years, O’Reilly referred to Dr. George Tiller as “Tiller the Baby Killer” on his show, then claimed no accountability when the man was assassinated.

GOP presidential frontrunner Donald Trump said the Black Lives Matter protester who infiltrated his event and was berated and beat by supporters maybe “should have been roughed up.” Trump supporters also attacked a homeless Hispanic man in August, prompting Trump to comment on his fans’ “passion.” He had a similar response to a supporter who yelled out “White power!” at one of his rallies.

In 2011, a shooting in Arizona claimed six lives and injured 18, including congresswoman Gabrielle Giffords. Giffords had been in the “crosshairs” of a political ad by Sarah Palin’s Super PAC urging supporters, “It’s time to take a stand.”

Most relatable to the Planned Parenthood slayings, Carly Fiorina maintains her vile, unsubstantiated stance that the nonprofit harvests baby parts to sell on the black market. Dear quoted Fiorina nearly verbatim, making “remarks about ‘baby parts’ to investigators after his surrender.”

It’s difficult to demonstrate an explicit cause and effect in cases like these. But it’s not unfair to accuse conservative talking heads of engineering a climate of intense hostility and paranoia among their base. A representative YouTube video on Glenn Beck’s The Blaze channel is titled simply, “Something Bad Is Coming.” It is with a steady diet of news like this that right-wing terrorists are compelled to try to instigate a war.

A Minneapolis Black Lives Matter protester addresses a crowd after being attacked by white terrorists.

According to a recent study on terrorism in the US by the New America Foundation, a Washington think tank, since 9/11 acts of terror by right-wing extremists and white supremacists have claimed nearly twice as many lives as Islamic terrorists on American soil. Yet no serious attention is drawn to white terrorism – except in the immediate aftermath of atrocities like last week’s – while the American political class takes Mideast terrorism very seriously.

Domestic white terror, unlike Islamic terror, has seemingly little organization beyond message boards and some marginalized groups. This makes it a little more difficult to approach. There’s no compound to bomb; no nations to sanction. But there are actions we can take, including closing a legal loophole that allowed more than 2,000 people on the FBI’s terrorism watch list to purchase firearms legally. Most important, though, is combating the battle-ready rhetoric of the far right.

An alarming number of so-called moderate Muslims often turn out to have sympathies – sympathies liberal non-Muslims would certainly find inappropriate – with jihadists. So, too, is this the case with much of mainstream white America and the white terrorist, meaning the problem is definitely ingrained and cultural rather than a few isolated instances of insanity.

There has been a denunciation of the violence from right-wing politicians, but not in any serious way that would acknowledge their rhetoric or own up to its pernicious effects. Ted Cruz characterized the Planned Parenthood shooter as “a transgendered leftist activist” and refused to categorize the rampage as an act of terror. He also took time to denounce “some vicious rhetoric on the left blaming those who are pro-life.” Fiorina similarly dismissed the link between rhetoric and action as “typical left-wing tactics.”

If we are going to judge moderate Muslims for not doing enough to stamp out extremism in their own ranks, we must also judge whites for the same. The white terrorist is often a man who feels his privilege and God-given dominance are under attack by inferior classes and races. This extreme view is basically the modern Republican Party line, espoused by standard-bearers Donald Trump and the Tea Party.

No one likes the idea of monitoring speech, but a person raving about gun rights, baby parts, black people or immigrants might be worth keeping an eye on. Not only does white terror breed enormous violence on American soil, too many Americans are sympathetic with the basic grievances of white terrorists, adopting a worldview from politicians who are playing their paranoia for votes. The proof is in the pudding – or, in this case and far too often, the morgue.

One thought on “In America, white terrorists are the deadliest kind”